Do You Have To Pay Child Support For Tuition? 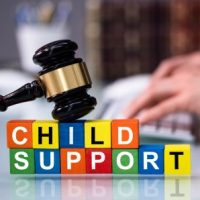 Divorce is very expensive, particularly if you are ordered to pay alimony or child support. Unfortunately, post-secondary education is even more costly. Most of the time, the parents of a child attending university or college will sit down together with their child to determine how they will pay their tuition. After the parents have gotten a divorce, though, those conversations are not always possible. So, if you have gotten a divorce and your child is going to university or college, how can you determine who is responsible for paying tuition?

In Florida, as in most states, child support is terminated when the child turns 18 years old. There is one exception to this and that is when a child is 19 years old but has not yet graduated high school. In these instances, child support ends once the child has graduated from high school. Unlike many other states, the Florida Statutes do not provide specific laws for the payment of college tuition after divorce. If you want to hold your former spouse responsible for paying this expense, case law does not make it much easier for you.

The case of Grapin v. Grapin was heard by the Supreme Court of Florida and the issue of paying a child’s tuition was involved. In this case, the Court determined that parents have a moral responsibility to pay their child’s tuition, and not a legal one. This means that while it is believed that in ideal situations, both parents would contribute to the cost of their child’s education, the courts do not have any authority to force them to do so.

How to Divide Postsecondary Tuition During Divorce

Even though the Florida courts do not have the authority to order one parent to pay for postsecondary education, it is still possible to include a provision for it in a divorce settlement. After the terms of a divorce have been agreed to by a couple, the Marital Settlement Agreement, or MSA, is submitted to the family court. The MSA outlines certain terms of the divorce such as property division and spousal support.

Along with the common terms typically included in an MSA, couples can include other provisions as well, including which party will be responsible for paying a child’s tuition. It is important to note though, that the issue can become quite complex. When children are young, it is challenging to know how much they will need for tuition, or even if they will go to college or university at all. It is also not possible to know the income either parent will earn in future years, or what the family situation will look like at that time.

Our Child Support Lawyer in Brandon Can Help with Your Agreement

There is a lot that goes into a marital settlement agreement and deciding on the terms is not always easy. At Koether Law, P.A., our Brandon child support lawyer can negotiate with the other side so you can reach an agreement that is favorable to you. Call us now at 813-347-8193 or contact us online to schedule a consultation and to learn more about how we can help.

By Koether Law, P.A. | Posted on November 21, 2022
« The Do’s And Do Not’s Of Child Custody Litigation
Want A Separation? Use A Postnuptial Agreement »