Want A Separation? Use A Postnuptial Agreement 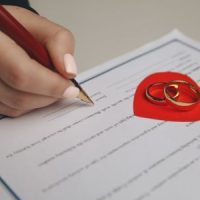 Using a Postnuptial Agreement as a Legal Separation

A postnuptial agreement outlines all the terms of a divorce, even if a couple is not getting one. These documents are simply contracts and so, it is possible to include a provision stating that the terms apply even though the couple is staying married. After the postnuptial agreement is signed, the two parties can separate while protecting their own interests. Any time one person violates the terms of the contract after it is signed, the other party can take them to court to enforce the agreement.

Terms to Include, and Not Include, in Your Postnuptial Agreement

There are many terms you should include in your postnuptial agreement. These include:

Only the family courts can make these decisions and they will do so using the child’s best interests as the only determining factor. It is also important to note that if a judge finds any provision in the agreement unfair, they can also strike it out of the agreement.

Even though the law in Florida does not allow couples to legally separate, there are other options available that can outline the same terms, such as drafting a postnuptial agreement. At Koether Law, P.A., our Brandon prenuptial agreement lawyer can draft a contract that will protect your interests and that will be deemed enforceable in case a future dispute arises. Call us now at 813-347-8193 or contact us online to schedule a consultation and to obtain the legal advice you need.

By Koether Law, P.A. | Posted on November 28, 2022
« Do You Have To Pay Child Support For Tuition?
What Are The Best Interests Of The Child In Florida? »