The Top Five Myths About Divorce In Brandon 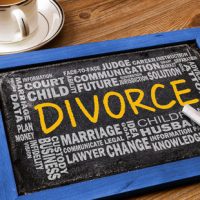 Most people know someone who has gone through a divorce, or they have been through the process themselves. As such, they may give other people going through it advice regarding what they think may happen during another person’s divorce. Still, no two relationships are exactly alike and this is also true for divorce cases. While friends and family members likely have good intentions and only want to help, they do not always provide the right information and that has led to a number of myths circulating around Brandon about divorce. Below, our family lawyer breaks down the five biggest myths out there, and the truth behind them.

You Must Prove Fault During Divorce

Historically, spouses did have to prove their spouse was at fault for the divorce. A spouse that alleged fault also had to prove their claim. Today though, all divorces in Florida are considered no-fault. Any spouse that wants to file for divorce must only state that there was a breakdown of the marital relationship and that there is no chance the two parties will reconcile.

Your Spouse Can Refuse the Divorce

Regardless of bitter divorce battles depicted in the media, neither spouse has to agree to or sign off on the divorce. Spouses who are manipulative and want to make things more difficult can complicate and delay the process. However, in the end, the divorce will still go through no matter how much one spouse disagrees.

The Mother is Always Awarded Custody

It is true that in the past, the family courts generally favored women when it came to child custody matters. This was mostly due to the fact that it was usually the women who stayed home to raise the children while the men went to work. Today, that is no longer the case, as most households require two incomes and both spouses work. A judge will only consider what is in the best interests of the child when making a decision on child custody, and gender is not a factor.

You Can Keep Any Asset That is in Your Name

Many people think that if an asset, such as a vehicle or home, is in their name, they can keep it after divorce. That is not true. All divorce cases in Brandon, as throughout the rest of Florida, are governed by equitable distribution laws. This means that marital property acquired by the couple during the marriage is divided fairly, although not necessarily equally. It does not matter if property is in your name or not. If you and your spouse acquired it together, the property may still be subject to division.

You Do Not Need a Divorce Lawyer in Brandon

It is true that you are not required to work with a Brandon divorce lawyer when ending your marriage. However, doing so will help ensure you obtain the fair settlement you are entitled to. At Koether Law, P.A., our skilled attorney will be your advocate throughout every aspect of the process and ensure your rights are upheld. Call us today at 813-347-8193 or fill out our online form to schedule a confidential consultation.

By Koether Law, P.A. | Posted on February 25, 2022
« How Much Does Divorce Cost In Florida?
Are You Headed For Divorce? Here Are Four Signs »